Hundreds of kids are waiting in foster care hoping to be adopted. We at KARK are hoping to help these kids find loving homes through our Wednesday’s Child Series.

Adopting a child is a big decision for any family but it’s one that can change the life of a child, or in this case, two.

This week’s Wednesday’s child is a brother and sister duo, hoping there’s a family out there who will spare them the heartache of being separated and adopt them together.

The two spent the afternoon at Millennium Bowl in Maumelle with KARK 4’s Laura Monteverdi.

When they’re together, 16-year-old Malachi and 13-year-old Elizabeth are double the fun.

“We are basically best friends, besides her pinching me,” Malachi said.

They literally read each other’s minds.

“Uh we have.. Jinx!” said Malachi and Elizabeth.

They agree on pretty much everything, including who is the funniest.

That’s basically how these sibling’s roll, agreeing with each other one minute and teasing each other the next.

With these two, there is a whole lot of goofiness to spare.

“I’m getting too old,” Malachi laughed. “Sike (sic) I’m not that old. I play golf though.”

It’d be impossible to split these two up, which is why they want to be adopted together. The two have been in the foster care system for six years.

While a forever home is right up Malachi’s alley, Elizabeth has her reservations. But with her brother in her lane, she is confident they’ll strike gold and find a place to call home together.

If you are interested in adopting Malachi and Elizabeth or any of the children we have featured in our Wednesday’s child series, visit TheProjectZero.org.

NLRPD: 1 in custody after barricade incident

NLRPD: 1 in custody after barricade incident

Security amped up for AR rivalry game after threats

Get in the Halloween spirit while helping kids at …

Security amped up for Arkansas rivalry game after …

Wednesday’s Child: Meet Joshua, who has the drive …

Security amped up for AR rivalry game after threats 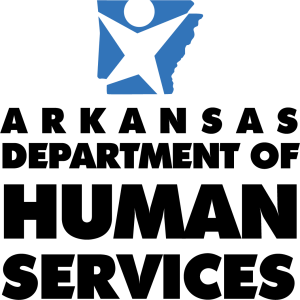