Clinton Foundation to give away thousands of books

Reading lists for all age groups

Susanne Brunner’s Book-A-Thon signs up 4,200 students to take the pledge to read 10 books in 10 weeks

RUSSELLVILLE, Ark. — There’s a new kid in class at a Russellville Elementary School, as the district welcomes its first therapy dog.

Down the halls of Center Valley Elementary, instead of waving everyone knows to raise their paws, it’s the school’s new greeting for Ranger, the first kid with four legs.

“He’s the most popular kid at school,” said School Counselor Angela McGuigan. “Everyone loves him, everyone wants to be around him.”

Ranger shares a classroom with McGuigan, it her was her idea to bring in the the 7 month old goldendoodle.

“It really is an amazing thing to see a child go from being really upset to their face just light up when he walks in the room,” she said.

At first McGuigan says she was looking for a way to help kids cope with grief, including the loss of a parent or families going through divorce. From there she realized a therapy dog could fill even more roles.

Ranger is now a go-to for kids, with McGuigan explaining Ranger has helped walk new kids to class and even be a comfort when it’s time to get a flu shot.

“He takes their stress away,” she said.

The pup is also a good listener helping kids learn to read and students learning English as their second language.

“He’s just a judge free audience and they build their confidence talking to him,” McGuigan added.

This year is being called a trial for Ranger, but the results they’re already seeing are reasons why Superintendent Dr. Mark Gotcher says dogs could come to other Russellville schools.

“If a therapy dog is one way we can help shape and change the lives of these kids I’m all for it,” he said.

Ranger is getting a lot of support from the community.

The Russellville Pet Smart pays for his supplies, grooming and training.

Parents are also on board, the district says they polled parents ahead of bringing in Ranger and has resounding support.

Little Rock Police are investigating after Confederate gravesite was vandalized

LITTLE ROCK, Ark.-- Confederate monuments in several cities across the country are being defaced and toppled over.

Little Rock Police are investigating after individuals did something similar at the Oakland and Fraternal Historic Cemetery.

LITTLE ROCK, Ark.- As of Sunday evening, there are 28,367 total COVID-19 cases and 321 deaths, according to the Arkansas Department of Health website.

WASHINGTON (AP) — A federal appeals court ruled Sunday that the first federal execution in nearly two decades can proceed as scheduled on Monday.

The ruling from the 7th U.S. Circuit Court of Appeals overturns a lower court order that had put the execution of 47-year-old Daniel Lewis Lee on hold.

Little Rock Police are investigating after Confederate gravesite was vandalized

A kidney patient with patience, blessings come to local man on transplant list 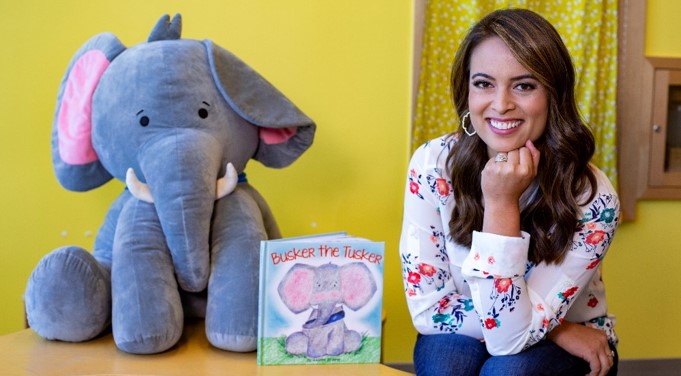 Susanne Brunner is the Morning Anchor on KARK 4 TODAY and also shares weekly education reports. Some have highlighted positive stories about the importance of reading at an early age and ensuring more children have a book of their own. Susanne’s goal is to write stories that teach kids valuable life lessons. She also hopes her published book “Busker the Tusker” helps build a special bond between children and their parents. Growing up, Susanne’s mom told her a special bedtime story that she remembers and holds dear to this day. That memory encouraged Susanne to create a tale of her own to tell, which is how “Busker the Tusker” came to life. Click here to learn more about the book

Susanne Brunner’s Book-A-Thon: 10 Books. 10 Weeks., is a reading initiative she launched in September 2019 to encourage more children to pick up a book to read. Susanne and Busker are visiting schools across Arkansas to read his story and to inspire kids to take the pledge to read 10 books in 10 weeks. You can download and print the pledge on this site. Once kids finish their reading adventure, Susanne and Busker will give them a certificate of completion. Her goal is to reach as many kids as possible, teach them the importance of reading, and help make a difference in Arkansas’ reading deficit. What are you waiting for? Join Susanne’s reading adventure!